Hrithik Roshan has always been part of movies which have made a mark and are difficult to forget. This handsome Greek God has movies like Kaho Na Pyar Hain, Mission Impossible, Kabhi Khushi Kabhie Gham, Lakshya, Krissh, Koi Mil Gaya, Krissh 3, Dhoom 2, Jodhaa Akbar, Guzaarish, Zindagi Na Milegi Dobara, Agneepath, Krrish, Bang Bang ! And, his killer dance moves always set the floor and big screen on fire. He has inspired the young generation to live a healthy life and his dedication, focus, consistency in hard work is always admired by his contemporaries, even by the younger brigade of actors like Tiger Shroff, Varun Dhawan, Sidharth Malhotra and more.

These are the movies rejected by the superstar. Bunty Aur Babli
This YRF movie was offered to Hrithik Roshan by Aditya Chopra but he refused to work in it.Hrithik felt he won’t justify this character of Bunty and he suggested Abhishek Bachchan’s name. That’s how Abhishek got on board for this flick and he started working with Rani Mukherjee. We all know this movie is a massive blockbuster hit and Kajre Re won’t have been what it is if Hrithikwon’t have stepped down. Wow ! Swades
Ashutosh Gowarikar has the experience of working with Aamir Khan in Lagaan and for his next movie Swades he wanted to work with Hrithik Roshan but he turned this movie down. It’s said Hrithik rejected the script of Swades more than seven times and ultimately Ashutosh had to offer this movie to another big star Shah Rukh Khan and he bagged a Filmfare Award and a Global Indian Film Awards under the same Best Actor category. This movie rocked the box office worldwide, just in India, Swades earned 152.5 million which is approx. US$2.3 million and it earned critical acclaim too. Big loss for Hrithik.

CLICK TO WATCH THE LATEST VIDEOS ON OUR CHANNEL Rang De Basanti
Hrithik Roshan was the first choice by the maker Rakeysh Omprakash Mehra of this flick. No, he was not offered Aamir Khan’s role, in fact, some reports even suggest that he wanted that role and not a supporting role that Hrithik was offered to do. Later, there were media reports that claimed Hrithik was busy with Krissh 2  making and he had to leave this opportunity. Dil Chahata Hain
Hrithik Roshan was offered to play the role of Sid in the movie which was played by Akshaye Khanna. First, Hrithik was offered this role and after he rejected, the makers of Dil Chahata Haintried to convince Abhishek Bachchan to portray this role but even he turned it down. And, finally,Akshaye Khanna did it and honestly, it’s one of Akshaye’s best performances till date. Main Hoon Na
Can you imagine Hrithik Roshan playing the role of Laxman in Main Hoon Na ? Well, he was offered this role by Farah Khan but Hrithik refused it although he played younger brother of Shah Rukh Khan in Kabhi Khushi Kabhi Gham but he didn’t want to do repetitive roles. But, unfortunately, he missed out on grabbing another blockbuster to his kitty and his ex- brother in law Zayed Khan got finalized to play Laxman. Shuddhi
Karan Johar tried very hard to bring Kareena Kapoor Khan and Hrithik Roshan on board forShuddhi but unfortunately Hrithik showed no interest in doing this flick and later, even Kareenabacked out. Salman Khan was also approached to do this movie but he was caught up in his hit and run case so unfortunately even Salman couldn’t give a yes to KJo. Now, it’s said Varun Dhawan will be the star of this movie but it’s a task to know when Shuddhi will ready as most of the times actors back out this movie or schedules are canceled. Hindi Remake of “I”
Hrithik was busy shooting for Bang Bang ! When he was offered the Hindi remake of I which is a Tamil movie starring Vikram and Amy Jackson. The maker of I, Shankar was very keen on castingHrithik Roshan for his movie but it didn’t work out and this offer was accepted by Telegu superstarMahesh Basu. Pink Panther 2
It would have been a delight to watch Hrithik Roshan and Aishwarya Rai Bachchan together in a Hollywood project. But, Hrithik rejected this movie due to date issues and he was offered the role ofVicent in this flick. Hrithik also aims to play important and leading characters, he won’t change his thoughts even for a Hollywood project. Fast And Furious
Another Hollywood project turned down by Hrithik is Fast And Furious directed by Rob Cohen. Many times Rob confessed of being a die hard fan of Hrithik Roshan and he wanted Hrithik to be part of this successful franchise but Hrithik and his father Rakesh Roshan had to keep their focus and dates only for Krissh 2 and 3. Hamlet
Director Tigmanshu Dhulia wanted to cast Hrithik Roshan in his adaptation Hamlet but Hrithik felt his character is similar to what is already done in Vishal Bharadwaj’s Haider. So, he refused this movie as well. 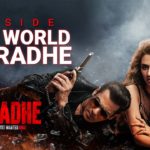 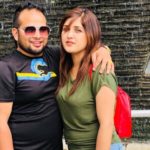 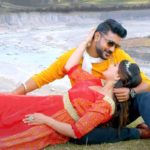 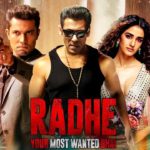